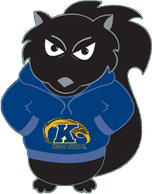 As always, all shows start @7pm every Friday night and there is never a cover. $2 Happy Hour runs until 9pm, and Cajun Dave’s features a $9 BBQ plate with a different meat selection from the chef every week plus smoked pulled pork, fresh-cut french fries, coleslaw, and cornbread.

KENT – The Water Street Tavern in downtown Kent is celebrating its 10th anniversary in style – with a FREE, live show on Sunday, February 20th featuring Rock n’ Roll Hall Of Famer George Clinton and Parliament-Funkadelic. Doors open to the public at 8:00 pm. Space is limited, so plan to get there early. The event is co-sponsored by KentApartments.com and Miller Lite.

Mike Beder, the award-winning establishment’s owner, couldn’t be happier about Clinton & P-Funk headlining the bar’s 10 year celebration. “It’s been a great 10 years and I wanted to throw a party worthy of all the business has given me, and George Clinton & Parliament Funkadelic is the perfect act.”

He added, “They’re the ultimate party band that’s spanned generations. Their song catalog is legendary and the beats, hooks, and riffs found in those songs are the basis for tons of the hits students hear on the radio, or I should say, their iPods, today.”

The Water Street Tavern (then “Glory Days”) opened in January of 2001 and was named Playboy’s College Bar of the Month in their first year. In 2003, Water Street Tavern was born when the bar moved down Water Street to its current location. In 2008 Water Street Tavern expanded into the adjacent property and added a 3rd bar, a critically acclaimed full service kitchen (Cajun Dave’s), a stage for live music, and a rooftop patio.

ABOUT George Clinton & Parliament Funkadelic:
Known as “The Grandfather of Funk”, George Clinton is the mastermind of the bands Parliament and Funkadelic along with his successful solo career. In 1997 Clinton was inducted with Parliament-Funkadelic into the Rock and Roll Hall of Fame. Along with James Brown and Sly Stone, Clinton is known as an innovator in funk music and modern-day R&B and Hip-Hop. He has been a staple of pop culture for decades.

ABOUT KentApartments.com
KentApartments.com in Kent offers students great location, stellar service, and fantastic amenities in all of their properties. In the Kent area they manage Eagle’s Landing, Jordan Court, College Towers, Holly Park, Ryan Place, Huntington Hills, and University Inn. They are a favorite of Kent State students and are thrilled to be helping bring a show of this magnitude to their residents.

Posted in Music | Comments Off on CAN YOU FUNKING BELIEVE IT!? George Clinton & Parliament Funkadelic to play Water Street Tavern’s 10yr Anniversary Party!

The best 80s Band in Northeast Ohio- That 80s Band- is back on the first Sat of every month at the Water Street Tavern! Show starts at 10pm sharp!

Posted in Music | Comments Off on That 80s Band is Back!